RECOMS fellow, Stephen Leitheiser and mentor, Ina Horlings at RUG have published a new article about planning for food commons post the pandemic. The viewpoint article (which is accessible here) paints the picture of two competing visions for food systems sustainability. Read more about the article in our brand new post. 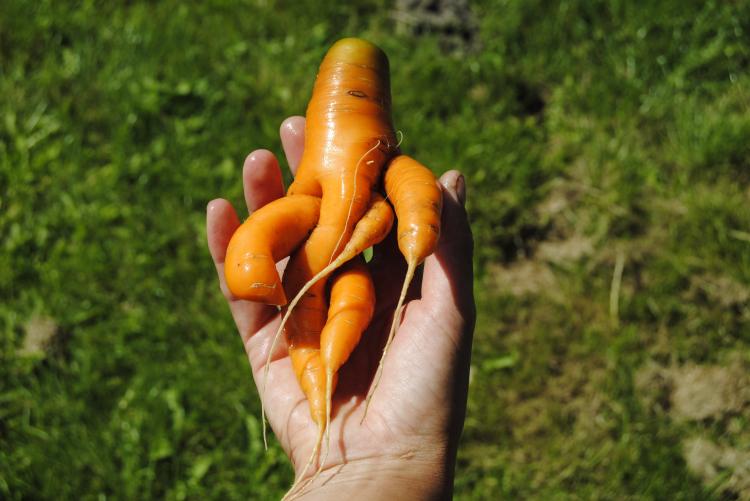 While many were worried about the supplies of toilet paper in the early stages of the pandemic, those of us who had been sounding the alarm on global food system vulnerabilities began to fear that much worse shortages were coming. Early estimates suggested that the number of people around the world who experience food insecurity would double in 2020. Although the worst of these fears have not yet been realized, little doubt remains in the wake of the crisis that global food systems are fragile and littered with contradictions and inequalities.

Discussions on changing food systems, which were already gaining traction before the events of 2020, have increasingly been thrust to center stage in public debates. Although it appears that many from across the political spectrum agree that contemporary food systems are unfit for purpose in the twenty-first century, there is also a growing rift about what the problems are, what solutions should look like, and who should decide. In response to a call for viewpoints about how things might change after the pandemic, I wrote an opinion piece with Ina Horlings in which we address these issues of food security and food system transformation.

The viewpoint article (which is accessible here) paints the picture of two competing visions for food systems sustainability.

In the article, we are critical of what we call techno-utopian visions. These visions understand problems of food system sustainability as technical matters to be addressed with the development of new digital technologies or (narrow) scientific expertise. Techno-utopians strive for control in and over natural and social systems. Their dreams come in the form of, for example, laboratory produced food, engineered to be “healthier” and “free of suffering”. They also materialize in the development of one-size-fits-all planetary diets, like the plan proposed by the EAT-Lancet Commission. As top-down approaches, these plans are separated from local context, practical experience, and civic life. Citizens and eaters everywhere are viewed as mere consumers – passive subjects who need to be nudged (or coerced) into making “better” choices.

Issues of hubris and democratic legitimacy aside, these frameworks do their best to make it difficult for (potentially superior) solutions to emerge outside of their narrowly-defined framework. To paraphrase E.F. Schumacher, if one is trying to navigate an uncertain territory, one would be worse off having a map that is incorrect than not having a map at all. In the case in which one has a false map that they are convinced is correct, they will be less likely to pay close and careful attention, and experiment with different possibilities.

We advocate instead for what we call the food commons vision. This vision draws on the tradition of the commons: a realm of governance that exists outside of corporate and state bureaucracy, in which normal people participate in managing their own affairs. As a commons, food is not treated as a mere commodity detached from cultural and ecological values; it is embedded into the context of place, culture, and environment. Our understanding of the commons is as a process of designing and maintaining institutions to serve the common good, and includes anything from value-based supply chains (like community supported agriculture) to neighborhood food sharing. We have seen, and heard many reports of such food commons filling the gaps left by the global food system, and meeting the needs of people that corporations and states have failed to provide. Our hope is that, going forward, the events of 2020 will serve as an inspiration for more of us to recognize the potentials of these food commons, and to begin to create more fertile ground for them to grow.