Skip to main content
Home Blogs Agnes Zolyomi's blog Act 3: Light at the end of the tunnel or when you go native

Act 3: Light at the end of the tunnel or when you go native

Read the next pearl from the Finnish RECOMS masterminds, Viola and Ruben about the Finnish nightlife, online training and other experience. 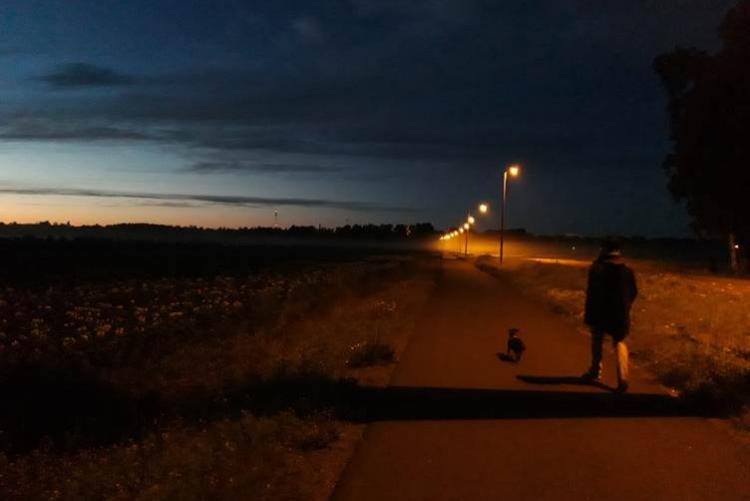 By Viola and Ruben

In the previous parts of this saga, the two courageous fellows were hit by the standards of Finnish summer cottage life and its summer weather, which required some serious coping mechanisms to be put in place. However, they successfully managed to attend the training event thanks to disciplined daily routines and lack of distractions. Days are passing by and their time in Luvia is ticking – is there light at the end of the tunnel?

Tbh (some nowadays internet slang that means to be honest. This is a sad attempt of two nerdy PhD students to sound cool), we came up with this title already days back when we hardly were half way through the online course. Then we laughed about it and said that “There must be light at the end of the tunnel to finish this series of blog posts”. Well let’s see about that…

There are still many stories to be told about our adventure in Luvia - and some others that should not be told.

But above all, while approaching the end of this marvellous saga, we wanted to share a moment of pure horror, or pure wonder, perhaps you can better decide how to interpret it. So… Can we be blunt? That’s probably the most annoying, threatening and deceitful way of being a prick (whoopsie, juvenile slang for nerdy PhDs, we did it again). It usually asks for a justification to hurt feelings, disappoint expectations or tell your little brother it was you who finished his 10th birthday chocolate cake (once again, sorry Rafaelo). But seriously, can we be blunt? Because frankly we do not know how to tell you that in this chapter, as the last epic tale of our modern times dreamers Don Quixote and Sancho Panza, we are going to take you through the most Finnish evening you can ever imagine. We are going to Finnish karaoke. At this point we would like to warn those who are more sensitive. It is totally OK to stop reading and close your browser, now.

First, let us motivate the choice of our leisure activity – BOOM leisure (only RECOMS fellows will get this)! We arrived in Luvia with open minds and hearts, but very fast we noticed that everything that the town had to offer was a pizzeria (yeah, sure, “pizzeria”), two supermarkets, a bar that only opens on Fridays and Saturdays, and a church that only opens on Sundays (for those who don’t remember what happened at the bar the night before). This kept us pretty much close to our forest cottage without any other human interaction than each other. Imagine two young scholars and a dog inside four wooden walls attending online classes, day after day. You can guess the kind of smoothie-like effect this had on our brains. Before this yet another voluntary lockdown, we had accidentally bumped into a local Luvian who turned out to be the owner of the only bar in the town, Onni pub. She was the most heartfelt person and invited us to swing by the bar during our stay in Luvia. We kept this invitation in the back of our minds. Eventually we found ourselves on Saturday evening playing poker and drinking whisky by candlelight. Such a miserable and painful night, once again. And then, completely unexpected but not quite, the answer came like an epiphany: let’s go to Onni pub in downtown Luvia. Recharged and reinvigorated, we went on a mission not to let down the sweet pub owner. In the dusk of the Nordic summer midnight we headed to a four kilometres walk to the promised land: Luvia, here we come.

Ok, now let’s take a deep breath. Actually, a few of them. Done? Now, imagine stepping into a bar far away from the urban buzz in a place where people can sit in pure silence for hours (we could also mention the nation-wide tendency to alcoholism here, but hey, let’s not hurt any feelings!), being together alone. Think of how the musty air of a pub carved from an old garage in the backyard basement of a kebab-pizzeria hits your nose and the rest of the senses. It has already been a long night for some, and you have to deal with careless movements of people hanging around with the balance of a pendulum, and the swollen glazed eyes of those for whom the night has been even longer.

We can reveal a secret here: all this was too much for one of us, who would have liked to turn back and return to the calm safety of our little red cottage (we are not talking about the dog here, who was actually really much enjoying the feting collection of aromas in the air). However, we would not be part of RECOMS if we would not be extremely resilient, adaptive [insert a buzz word here] and always willing to understand the lifestyles of those hidden from the mainstream society.

The reader might not be aware of the fact that the main attraction of truly Finnish bars is not expensive watered-down cocktails, but karaoke to the nth degree. They are usually extremely organised, with perfect room acoustics, phone apps to book the widest songs repertoire, and plenty of microphones for group singing. But besides all this organisation and euphoria for karaoke, we are still talking about Finland. So don’t expect any stage invasion, mob scenes or the audience engaging with choirs and lighters. Quite the contrary. People sing songs with the same nonchalance and disrespect for one another’s eardrums of a dead drunk howler monkey taking a shower. The etiquette of Finnish karaoke requires you to sing as if you were just the only person in the room. Again, being together alone is the essence of real Finnish karaoke and pubs.

Even though this may sound quite anticlimactic, the description above leaves room for exceptions. And sometimes, these exceptions are just pure beauty, like the Finnish miracle called Sami (probably a fictional name) we were blessed with. Going back to our story, we were in this provincial karaoke bar, it’s almost 2 am, last songs before closing, when a regular Finnish guy, our beloved Sami, books the last song of the evening: Bohemian Rhapsody. “That is going to be too much”, we thought, and prepared for the worst by clogging our ears with any piece of tissue and candle wax we could find. The first beats vibrate in the air and, without hesitation, Sami starts. To our great surprise, he nailed the first note, and the second, and the third… perfection! He leads us on a journey through time, in which we didn’t see Freddy Mercury (thank God, such a terrifying picture imagining Sami wearing a tight white tank top), but we could feel right there with him at Live Aid concert in 1985.  And that, dear reader, is something that you can only experience in a bar called Onni (“luck” in English), somewhere in a small godforsaken town in south-west Finland. Thank you Sami for singing Bohemian Rhapsody so purely, so beautifully, for bringing back trust on humankind. You are the right person, at the right time, in the right place; it all makes sense.

Goodbye everybody, I've got to gooo

Gotta leave you all behind and face the truuuuth

Dear reader, it has been a long journey, but this is not an end yet. No saga is complete without an epilogue. We will be back. One last time.